"And there [the ants] stayed, a sole phenomenon in the Republic of Brooklyn, where cats hollered like people, dogs ate their own feces, aunties chain-smoked and died at age 102, a kid named Spike Lee saw God, the ghosts of the departed Dodgers soaked up all possibility of new hope, and penniless desperation ruled the life of the suckers too black or too poor to leave, while in Manhattan the buses ran on time, the lights never went out, the death of a single white child in a traffic accident was a page one story, while phony versions of black and Latino life ruled the Broadway roost, making white writers rich—West Side Story, Porgy & Bess, Purlie Victorious—and on it went, the whole business of the white man’s reality lumping together like a giant, lopsided snowball, the Great American Myth, the Big Apple, the Big Kahuna, the City That Never Sleeps, while the blacks and Latinos who cleaned the apartments and dragged out the trash and made the music and filled the jails with sorrow slept the sleep of the invisible and functioned as local color."
- Deacon King Kong: The March of the Ants

"A man who does not trust cannot be trusted.”
- Deacon King Kong: The Country Girl

Please use passages from the book 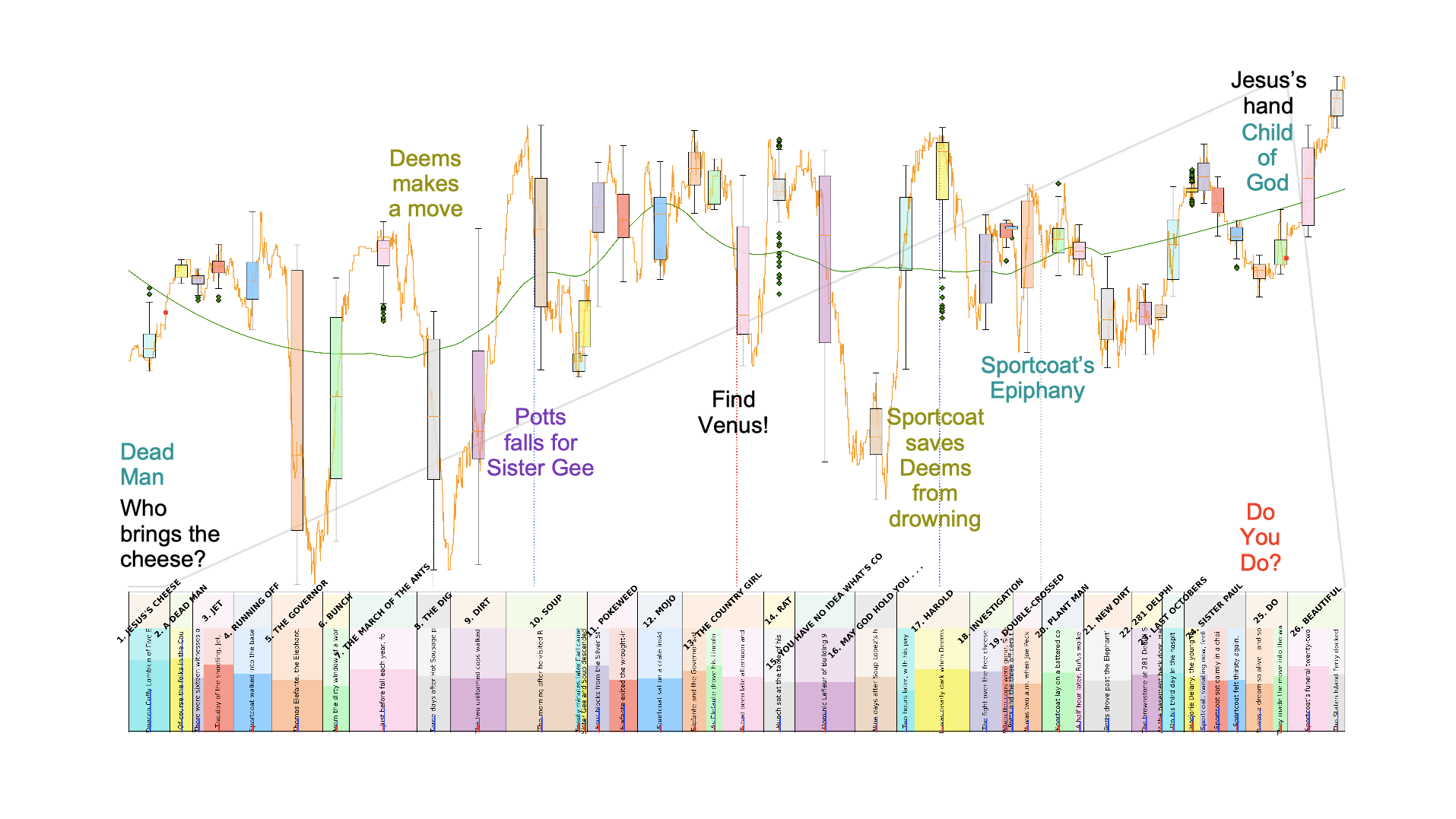 Writers Who Read: Coming Up


Thanks to: Boulder Writers Alliance